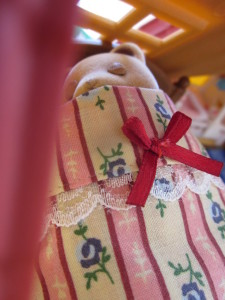 Lauren Marmalade was sleeping silently in her bed. 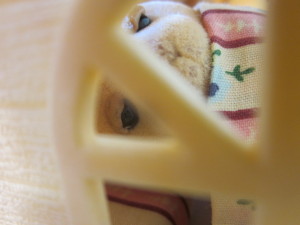 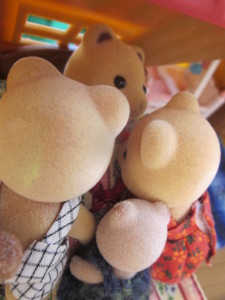 Her eyes were wide open now since her three children had jumped on her bed. 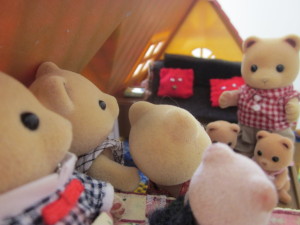 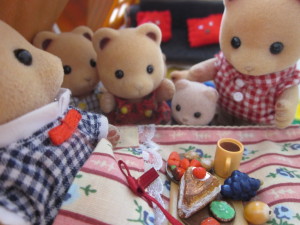 “As a gift from all of us, breakfast in bed!” grinned Jack. “Thank you so much dears, this breakfast looks delicious but I would rather sit at a table, I only washed the bed covers yesterday!” laughed Lauren. 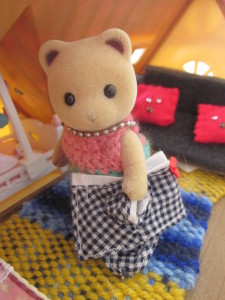 She quickly got changed out of her blue and white pygamas. 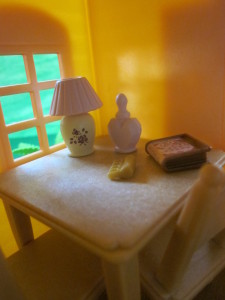 On the table lay some gifts, a lamp from Harry, a comb from Jack, a book from Chloe and ‘Rose de Perfume’ from Kyra. 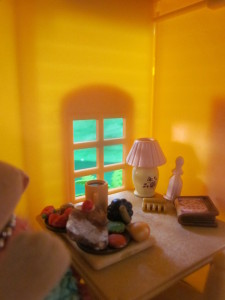 Happily she ate her breakfast. 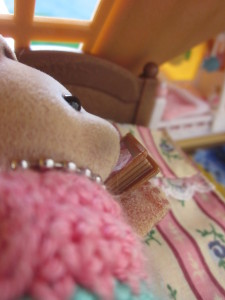 After breakfast she read her book and at ten.. 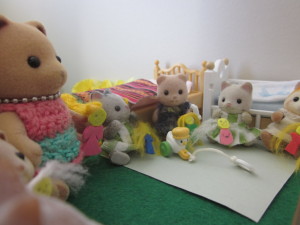 …she was invited to a dolls picnic which all of Chloes friends had to go to aswell as their dolls. Chloe gave Lauren Annies and Lulus doll, Princess Carissa. 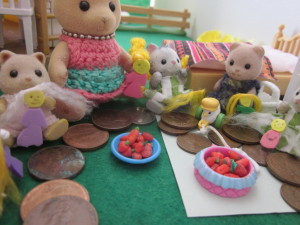 All the plates in the house were used because the girls insited that the dolls should have their own plates. 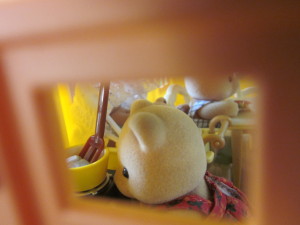 Kyra was making her special blueberry and vanilla face mask… 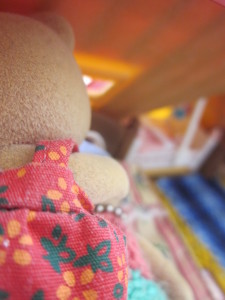 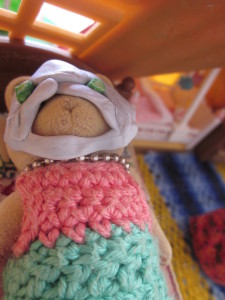 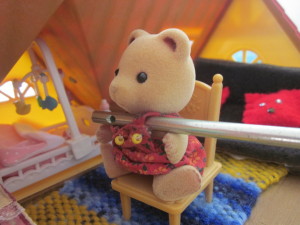 She played a song on her flute. 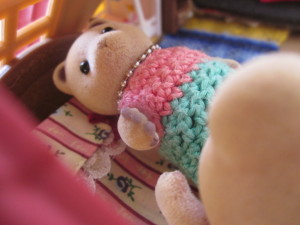 After half an hour, she painted her finger nails. 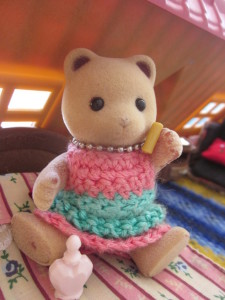 Lauren had invited two of her special friends over for a chat and since the afternoon row on the canoe was cancelled because of the tide, there was plenty of time for that. 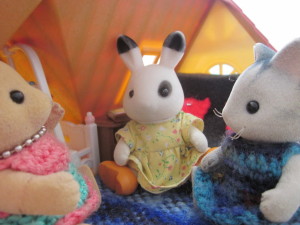 “You won’t belive what I got this morning” said Dorothy, “a back masage done by my son Ashton, only now, I don’t think I will be able stand straight for a week!”

“My girls tried to make me breakfast, they are only one and one and a half. The jam went all over the place and my house is a real mess after they tried to dust everything, some plates are smashed.” said Chelses Blackberry.

“How many?” asked Lauren

“I thought you only had eleven plates though” commented Dorothy.

Soon it was evening and her friends had to leave. 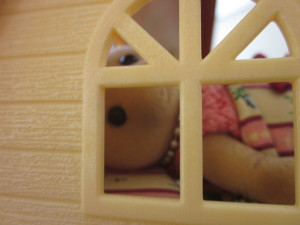 Lauren layed on her bed. 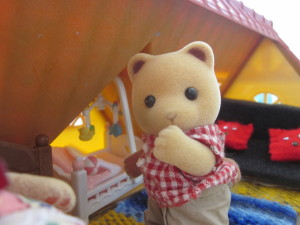 Harry came up to see if she was coming to dinner or not, he had called several times. 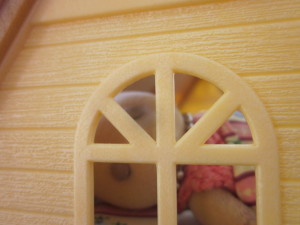 Hello! I am going to really try to update my figures now.  I have been really busy so…

Aww, what an awesome Mother’s Day, I love her dress as well, and how nice that she got such lovely gifts!

Lauren had a wonderful mother’s day!

I love her dress, it’s so pretty! Especially the necklace. Did you make it?

No, it is one of those things that you sometimes find used to keep a bunch of hairties toghether.
Emily =)

That was a fantastic find! 😀