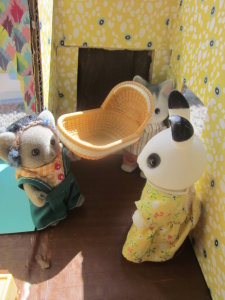 Once her crib was in place Chelsea put her adopted daughter’s bed things in the crib and set up her toys. 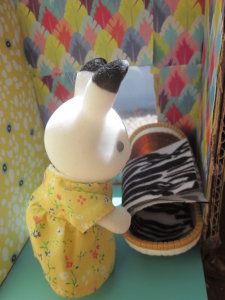 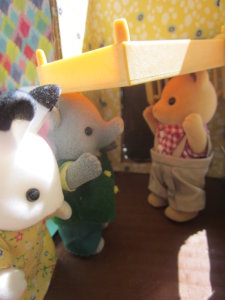 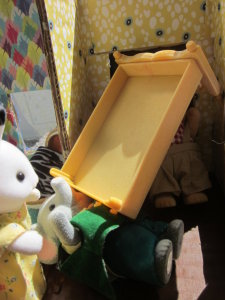 “Are you OK?” asked Chelsea

“Yeah” replied Hugo. Then they pushed the bed into place because Chelsea said that it was safer. 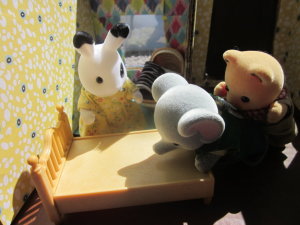 Chelsea put on the mattress and blanket, there. 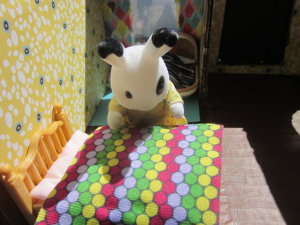 She and Fraser Chocolate carried the armchair in, and then the house was done. They Hi Fived each other. 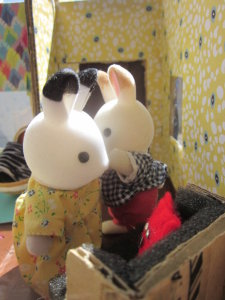 Chelsea collected Connie from the nursery and showed her the house. 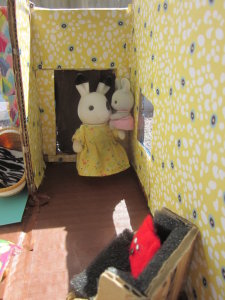 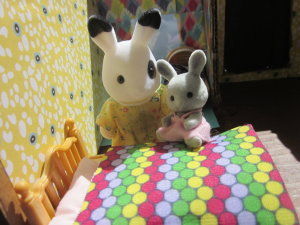 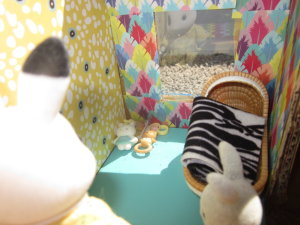 Itty! Ob! Attle! She squealed with joy pointing at the cat, bear and rattle.

“Yes dear,” said Chelsea, “Kitty, Bob and Rattle are here too.” Then she bent down and hugged Connie. Home, sweet home.

Hi! Hoped you liked this post. Chelseas better photo with Connie& descriptions are up :).  As you can probably see, I have changed my background and colour theme.

Here are some more pictures of their house without figures: 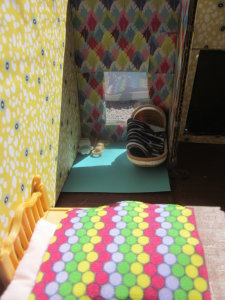 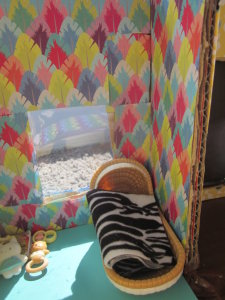 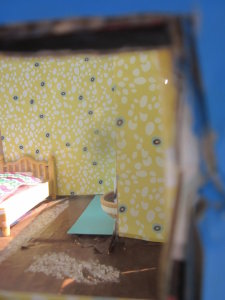 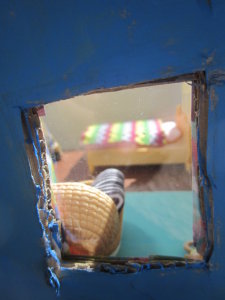 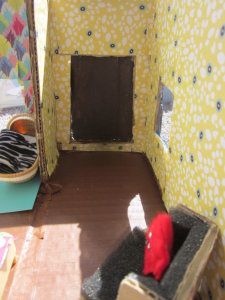 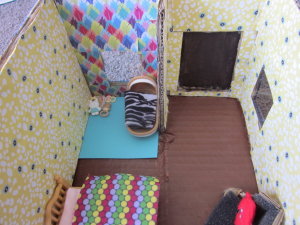 I love the new theme! Lots of blue, my favorite color! Lovely house, I love the wallpaper! 😀

I love your blog! I like the new theme!

your new design looks awesome, I like the diffrent shades of blue!:) Connie and Chelsea are living in a very cute house – the nursery is so lovely!

Thanks Kyraja! The nursery is my favourite too:)
emily